Got into PhoneGapApache Cordova a little while back. First I got into Titanium Appcelerator, thanks to my friend Silvio. But Titanium was all Eclipsy and then when I wanted to do some coding in the train I found out that I needed to be online to code in Titanium. I do have Ben Internet in the Netherlands and Mobile Vikings in Belgium but it's not always working amazingly in a moving train and this restriction was a tad bit too much.

It took me some time to set up Cordova without Eclipse. Finally I found android terminal quickstart, which mostly boils down to making sure the Android SDK is living somewhere, its tools/ directory is in your path, and ditto for Apache Ant, the build tool.

After that you only really need to do ant debug install from the android/ directory meanwhile making sure your Android phone is connected through USB.

I coded some basic Android stuff and I can say it's nice to get more into JS.
I helped Kenny to set this stuff up on his Windows machine so then I was ready to rethink server stuff. So I started looking at Node.js again. Well, again, I only briefly played with it for an hour or so. Now I was more decided to take this to an interesting level. And interesting it is!

I started fooling around with Express.js, meanwhile checking out some more goodness that's around. Pedro Teixeira's tutorial videos have been really helpful. But I also came across fun things such as Now.js, which deserve a bit more attention in the short future.

And meanwhile my arm feels as if it's new. I can't wait till next year for the Google Glasses... So meanwhile I ordered the MyndPlay BrainBand. 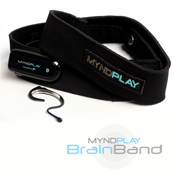 Finance Websites
How I became my own CMO
Working on an SEO tool
April Antiques
WordPress command line interface
Brussels Zen Car not Zen
Upgraded guaka.org to Drupal 7, moneyless
meteor-phonegap and Radio Meteor
Rest in peace, Taylor
Post to multiple social networks with this great ping.fm alternative
Wikitravel was freed and everyone moved on to Wikivoyage
Some linguistic origins of hospitality