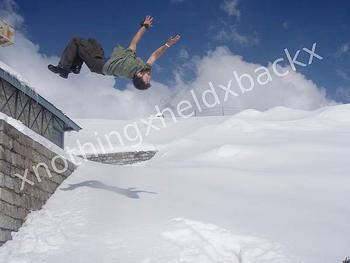 Wikitravel was freed and everyone moved on to Wikivoyage

Good news for freedom loving travelers. The Wikitravel community and its content has been freed. The website was bought by a company for more than million dollars a couple of years ago and this year the community revolted and moved everything to the Wikimedia Foundation - a 501(c)(3) non profit that is extremely unlikely to ever sell out.

Some linguistic origins of hospitality

Yesterday I met up with Paxus and we had a chat about many things. Naturally CouchSurfing and its B C corporatization was one of them. It reminded me I had to post something about the origins of hospitality.

It's just a game?

Memrise is an addictive game to learn languages and more. I've been playing it for a while now. You can score points in several ways, mostly by answering correctly.

Upgrade to Drupal 7 and Drupal Commerce 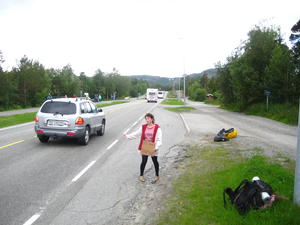 Javascript everwhere: PhoneGap and Node.js (and no Eclipse)

Got into PhoneGapApache Cordova a little while back. First I got into Titanium Appcelerator, thanks to my friend Silvio. But Titanium was all Eclipsy and then when I wanted to do some coding in the train I found out that I needed to be online to code in Titanium. I do have Ben Internet in the Netherlands and Mobile Vikings in Belgium but it's not always working amazingly in a moving train and this restriction was a tad bit too much.

Pimping domains and passive income in 2011

This is what I wrote in June last year:

blockquote>
So you’ve been buying some domain names and you wanna know if it’s working out. How to know you’re on the right track?
A domain name you wanted to get that was free is taken a couple of hours later when you’re ready to go get your batch of names!

Back to blog: more posts coming up

It's due time to write some more blog posts on this site. I've started tons of websites all over the place but I think it's probably better to spend some more effort here. This site will be more interesting and it will also be easier to actually score in Google for a wider range of terms. Since that's my main occupation these days: playing the Google game, for fun and profit.

So I'm going to move some stuff back here, starting with some pages from another site, such as this list of websites and domains I have in English.

Watch out for Autoblogging!

I’ve been looking around at flippa.com, an online marketplace for websites and I’ve come across quite a few funky, dodgy and murky things. This is a short post just to tell you not get involved in this one thing: autoblogging, which doesn’t have much to do with blogging but more so with automatically copying other people’s blog posts.

Spyrestudios wrote a good post about why autoblogging sucks, main reasons are that it’s not nice to those who have the original, and it’s also won’t lead to a healthy SEO situation. Google doesn’t like copycats.

My first mobile site, in Drupal of course

In 2008 I built my first Drupal site, for the furniture business of my family. The site proved to be a big success and we started some other furniture sites as well later on. I also worked on many other Drupal sites and the web in general hasn't been standing still. So last year we decided it was time for an upgrade. Not as easy as thought with a site that is ranking extremely well for a wide range of keywords. It also appeared more difficult to get to a new design.

Finance Websites
How I became my own CMO
Working on an SEO tool
April Antiques
Back to blogging on WordPress and some more things
WordPress command line interface
Brussels Zen Car not Zen
Upgraded guaka.org to Drupal 7, moneyless
Some new projects: vegan, velo and greengeek.nl
meteor-phonegap and Radio Meteor
Rest in peace, Taylor
Post to multiple social networks with this great ping.fm alternative